Monitoring of exposure to PM2.5 in the city of La Paz, BCS, Mexico

Smability carried out an exhaustive monitoring of PM2.5 exposure in the city of La Paz, BCS, Mexico during the months of October to December 2019 and January 2020. The monitoring focused on the collection, analysis and evaluation of data for the Automobile, Public Transport, Bicycle and Walking as transportation modes. The following summary shows the methodology and the preliminary results of the analysis and evaluation for the month of November 2019. In relation to this, the following should be mentioned:

6. Finally, through the Cloud Data Platform users can visualize, analize, evaluate and download the surveyed information. The information can be later post-processed in third party programs such as QGIS or ArcGIS.

Methodology for the Analysis

For the analysis by period and transport mode the following was considered:

PM2.5 by Period and Transport Mode

The following analysis shows the results by period, mode and percentage of exposure per PM2.5 band. It is observed that public transport, bicycle and pedestrian modes showed a higher percentage of PM2.5 exposure, particularly in the bands 12.1-35.4µg/m3 (moderate air), 35.5-55.4µg/m3 (unhealthy air for vulnerable groups). Likewise, public transport mode, in the AM period, showed a considerable exposure of unhealthy air, bands of 55.5-150.5 µg/m3. Finally,  the 0-12µg/m3 (good air) band showed a higher percentage of exposure for the car mode compared to the rest of the modes.

From the previous analysis, an average per day and mode of PM2.5 observations was generated for the month of November 2019. The following graph shows the result of the analysis. From this it is inferred that:

For the spatial analysis of PM 2.5 the following considerations were taken:

The spatial visualization of PM2.5 by neighborhood, mode and PM2.5 exposure bands is shown in the following map.

From the previous spatial analysis it can be inferred that: 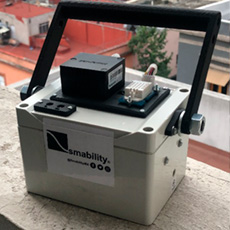 Smability www.smability.io, a start up founded in 2017, develops solutions that allow…
Leer nota 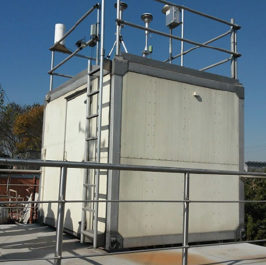 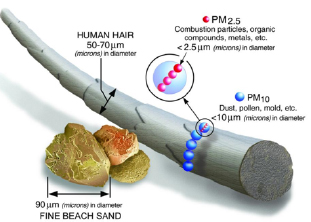